If you have children and you have even taken them shooting you know that this can be a bit of a learning curve. Not so much the mechanics of shooting but rather learning to deal with the noise and recoil that are sure to come with nearly all rifles. I am the father of two girls and while they both love to shoot I had to work them up from Nerf guns all the way up to larger real calibers such as a 6.5 Creedmore.

While my daughter was taking hunter safety we had the bad fortune to be strapped with an instructor that was not at all sensitive to the delicate disposition of little girls. He was gruff and ruff and while I do not think he put her into a situation she should not have been able to handle his delivery was not well received by my daughter. She was made to shoot a 20 gauge shotgun and the whole experience was horrible for her. We had discovered that she was left eye dominate and right handed. Up until this point she had only ever shot right handed and for the purposes of passing the test it was my intention to have her shoot the way she knew. We would work on left handed shooting at another time. Well, the instructor was not having that and he made her fire the shotgun with her very unfamiliar left handed hold and it nearly ruined her.

I spent the next months working all the way back to the Nerf gun and gradually working back to the 22, 17HMR, and 223. I had taken her to the sporting goods store and let her pick a deer rifle. She chose the Ruger American Predator chambered in 6.5 Creedmore but she was too afraid to shoot it. I felt as though I couldn’t catch a break. It was then that it hit me, I needed just that! I needed a muzzle brake!

At the recommendation of a good friend I called and spoke with the good folks at The Range in Yakima Washington. I was told that they made some of the best directional muzzle breaks that a guy could buy and so I made arrangements to meet up with them and drop off my daughters riffle. While I was at it I figured that I would have them install a new break on my Nosler M48 Long Range chambered in 28 Nosler. It was just under a week turnaround for them to time the brake to our specific rifle sand have them get us ready for the range. I also had them lap the rings and mount the scopes on these rifles as well as they have a full gunsmith shop and offer such services.

Before my daughter was to shoot I needed to break in the barrels of both of our new rifles. I used a method laid out on the Nosler side, which ultimately had me firing more than 80 rounds total. I learned two very important things. The first is that the muzzle brake significantly reduces felt recoil. The second is that the brake significantly increases the sound of the shot. 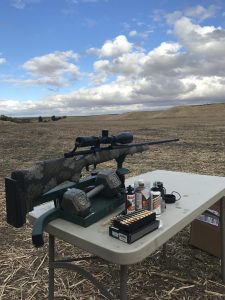 My daughter lay prone with a target out at 100 yards. She had mumbled a bit and was not very excited to shoot this gun. I knew that she needed some confidence so I told her to get up. I had her stand holding her gun and pointing it in a safe direction. “Just point it at the hill and pull the trigger. Don’t worry about where it hits” I told her. Boom! The rifle went off and she smiled. I knew that she was going to be good to go after that. Not long after that first shot I had her blowing up milk jugs full of water at 300 yards and shooting keyholes at 100. She was in love with her new rifle and I have to credit this to the smoothness that was provided by the addition of a quality muzzle brake. 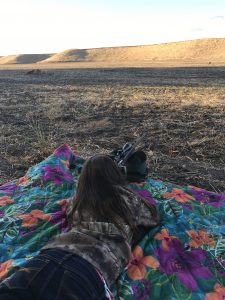 The last night of the 2017 Washington rifle season found us sitting on a hill overlooking a particularly active whitetail spot. My daughter was laying out prone with her eyes trained on the field edge. When the Doe came out we already knew she was going to take her. She is allowed to harvest a whitetail doe due to her age and it was the last evening after all. I heard her breath out and I heard the shot in the same instant that I say the deer hit the ground. It had been a success. My daughter was her old dead eye self again and I have to credit this to a fantastic brake that allowed her to regain the confidence she had lost. 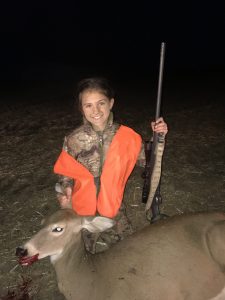 The 2018 Washington season was our last testing platform. After another box of ammo worth of practice at the range she was ready to get out in the field. I too was ready to get my 28 Nosler out on my Idaho trip. Well, as you can see we both enjoyed success and it was a great season for us both. The muzzle brake worked wonderfully and we cannot say enough positive about this great product. 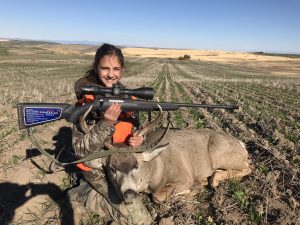 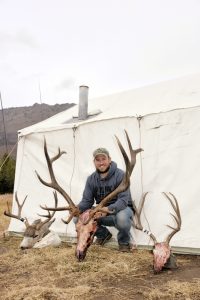 Other than finding a way to get these brakes onto every rifle in production I do not know what I would have changed.