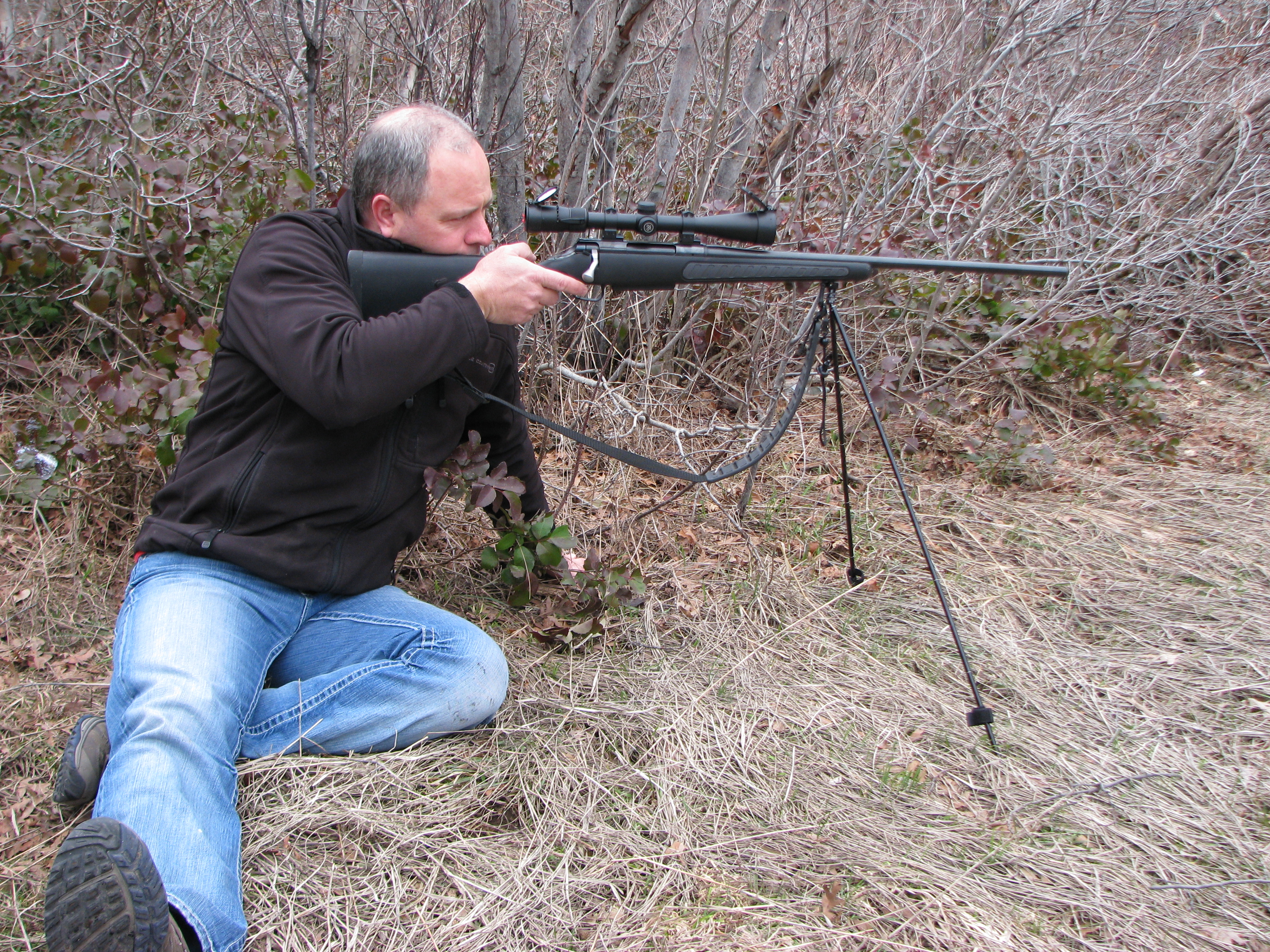 The balls, and all moving components are 416SS

The legs are from EASTON TECHNICAL PRODUCTS (the tent pole guys) and are
7075-T9 aluminum with a black anodized finish.

The SnipePod Elite can be stored on the firearm, under the barrel in a
traditional bipod location, or in a pocket.  Shooters choice!

I have read over and over, on several internet sites, how well the Snipe Pod by Kramer Designes performs. It seems to have a very loyal following. I  have never heard or read a negative comment about this shooting bipod.

I decided to put this bipod to the test, and will eventually compare it to several other popular shooting sticks, but for now I will focus on how I used it, and my thoughts.

I was immediatley impressed with the Snipepod upon  opening the package from Kramer designs. It is apparant that these guys are engineers, and good engineers.  The bipod is built well! It is light weight, has perfect machining, and looks great.

I took the gun and the bipod out to the shooting range, ok, up in the mountains. I wanted to check it out in real hunting situations. I wish I would have had it for hunting season. I started on the flat ground and scoped out good targets (rocks) that were level with me. I followed Kramer’s advice and used the sitting position. I was able to very very quickly attach the bipod and get on target. When I was on target it was ROCK solid, I mean ROCK solid.

I then positioned myself on a steep side hill, and practiced aquiring targets across the canyon, and above and below me.  The Snipepod worked perfectly. I was able to easily adjust the postion of my gun by extending the legs, or by moving it up or down hill. The gun stays solid, and I am able to move the gun on the ball joints side to side and some up and down.

It  makes a big difference having the bipod attached to the gun. It make for quick movement, and no worries as you adjust your body and position. With an un-attached bipod you have to pick it up to move, and have to worry about it falling over when adjusting your position. I was able to track whatever I wanted to track, in a panning motion with ease, again not worrying about a tip over or a bipod disconnect.

Finally when I was done shooting for the day, I detached the bipod by sliding the perfectly fit pin out of the lock position, folded up the legs, and put the small and lightweight device in my pack. When it is put away it is not noticable, both from a size and weight perspective. NICE.

I can now see why Kramer has such a loyal following.

This bipod is HIGH quality. It has all the features and functionality that you would ever want and more. It attaches quickly, it forms a solid tripod with your body that is rock solid. I will be using this on all of my guns this fall.