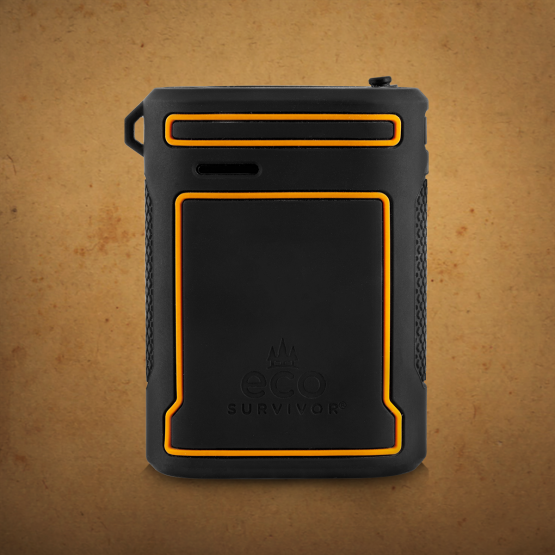 Just the facts:
Keep the adventure going with the EcoSurvivor Durable 1-port USB Battery Pack. The portable energy source extends the life of your devices when an outlet isn’t available and also serves as a reliable backup during an unexpected power outage. The compact design features a standard USB port for charging, along with an LED indicator light to let you know your battery pack is working properly. 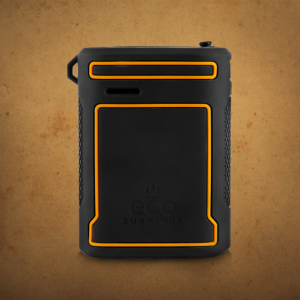 I tried out this power-pack twice over the summer; once for an overnight camping trip in Eastern Washington, and a second time on a glacier climb up Eldorado Peak in the North Cascades. The pack performed as expected on both trips. My phone charged, I could tell from the lights how full it was, etc. It wasn’t until October that I fell in love with this battery pack.

I came home from a conference and had less than eight hours to throw together a pack for a late season backpacking trip up to Lake Ingalls. As I flew around the house gathering gear, I didn’t think about needing to charge my phone. The next morning I was up early and grabbed my gear, and only then realized I needed a battery pack. Trying not to panic, I saw the EcoSurvivor Portable Battery Pack on my shelf. I hadn’t used it since July (three months prior) when I had charged it for a hike that cancelled and ended up setting it aside. I figured that I could charge it in the car and at least get it up to half. To my surprise, the pack had held almost a full charge in those three months!

Fast-forward many miles in cold temperatures. I crawled into my tent and put on extra layers as it was dropping below freezing. I worried that the cold temperatures would have drained the battery pack. Not so! I plugged my phone in and in the morning it was fully charged. Now that’s performance!

Perfect performance at 6500’ and 30 degree temperatures!

I also love the charitable aspect of EcoSurvivor’s products:

“When you buy EcoSurvivor products, you’re making a difference. EcoSurvivor donates 50% of its net proceeds to Water4, a 501(c)3 charity that is committed to providing at-risk, indigenous people access to clean water. Your EcoSurvivor purchase helps their mission of eliminating the world water crisis that impacts nearly 1 billion people and causes over 3 million preventable deaths each year.”

But it at Amazon.com

What could be done better: